GV hosted its annual Alumni Homecoming last 9 September at the Rizal Ballroom of the Makati Shangri-La Hotel. With the message “Wherever your working world takes you, your SGV family is always delighted to take you home,” the Firm welcomed about 1,400 former SGVeans. 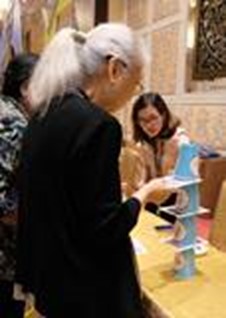 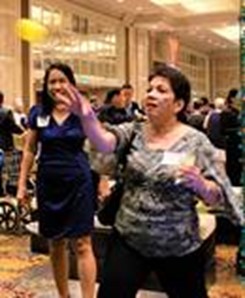 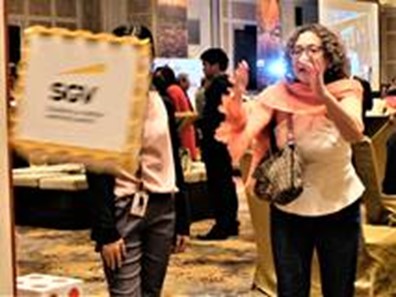 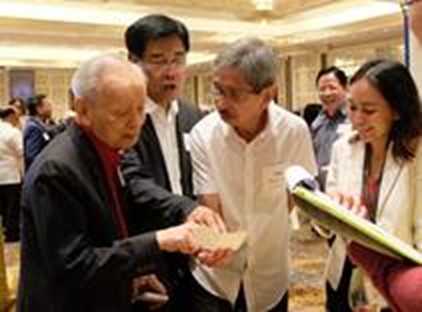 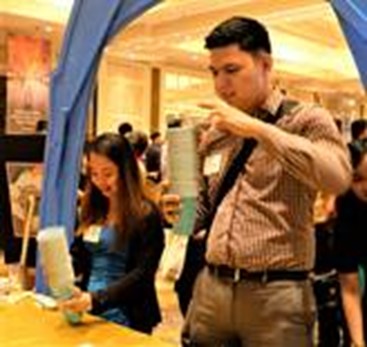 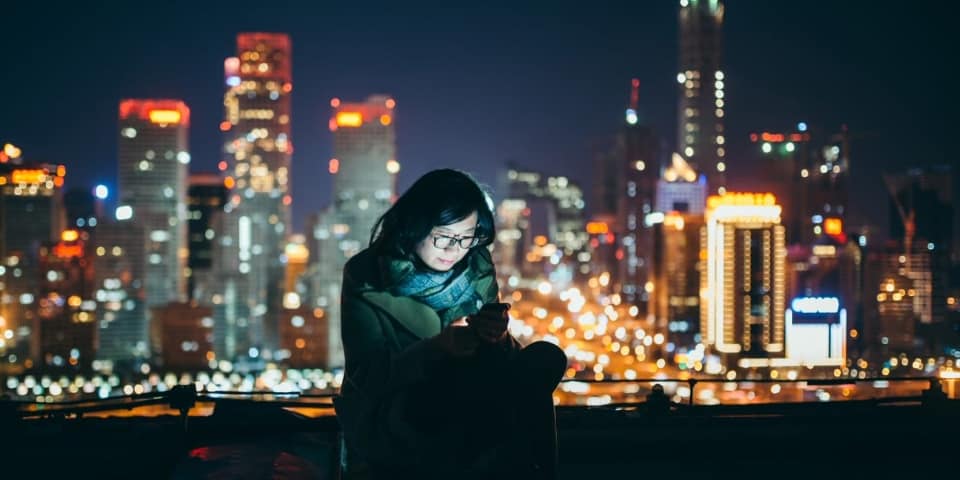 Are you a past SGV employee?

Be part of
The SGV Alumni Family 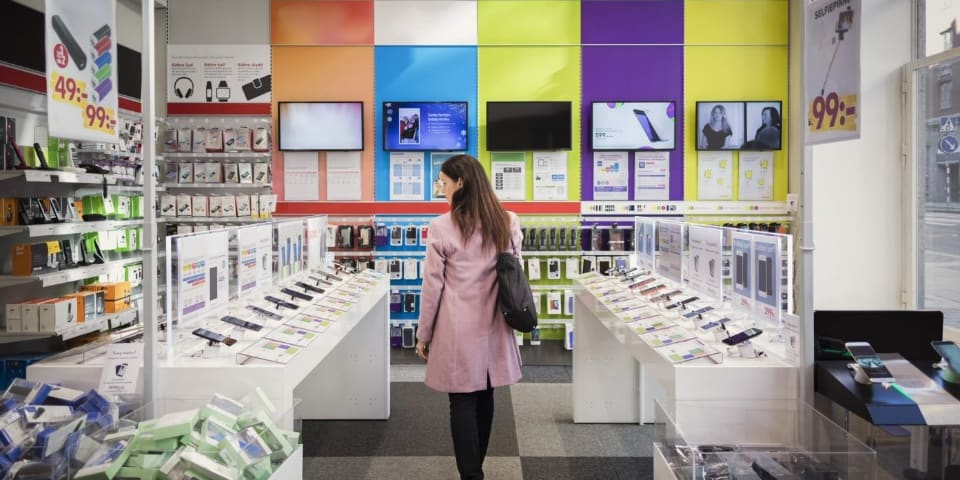 We value trust & integrity in everything we do

Create Connections For Life
Wherever your working takes you, your SGV family is always delighted to welcome you home.
View all SGV Alumni News

Charlie was born on October 27, 1936 in Shanghai, China. At the age of 18, he graduated from the University of the East, magna cum laude, and placed first in the 1955 CPA board examinations. Upon graduating, he joined SGV & Co. where he started as a junior auditor. He would later obtain his MBA from New York University as a Smith-Mundt-Fulbright Scholar. He also completed the Advanced Management Program in Harvard University. He was admitted to the partnership in 1965. In his 44 years in SGV, Charlie assumed many leadership roles. He brought SGV key professionals to help develop The SGV Group's operations in Taiwan and Korea. Thereafter, he served as regional technical partner and partner-in-charge of quality assurance for the offices in Singapore, Malaysia, Indonesia, and Thailand. He headed the coordinating office of The SGV Group from 1975 to 1978. He led SGV's Audit Division from 1992 to 1995. He headed the Firm's Accounting and Auditing Standards Group, concurrently as Practice Director. He assumed the position of Vice Chairman in 1993, Managing Partner in 1995, and SGV Chairman and Managing Partner in 1996. He also served as Chairman of the SGV Foundation. After retiring from SGV in 1999, Charlie was invited to sit as Independent Director on several boards of companies and was appointed Commissioner of the Energy Regulatory Commission. Globally recognized as an authority on Philippine Accounting Standards, he was the first chairman of the Financial Reporting Standards Council, and the chairman of its predecessor, the Accounting Standards Council from its creation in 1981. He wrote several published articles on accounting standards and was a co-author of an accounting textbook, Intermediate Accounting:Applying International Financial Reporting Standards Philippine Edition. The accounting profession has benefitted profoundly from his lifework in Philippine Financial Reporting Standards. Charlie was a past president of the Philippine Institute of Certified Public Accountants (PICPA) and the Confederation of Asian and Pacific Accountants (CAPA). He also served as a council member of the International Federation of Accountants (IFAC) and for five years as a member of the International Audit Practice Committee (IAPC) of IFAC. For his immense contributions to the Philippine accounting profession, he was elected to the PICPA Hall of Fame and given the prestigious The Outstanding Filipino (TOFIL) Award. Charlie will always be remembered for his wit, clarity of thought, strong convincing power, and courage to express honest dissent. His leadership style was pragmatic and harmonious. Throughout his life, he showed loyalty to and deep affection for SGV. A true steward, Charlie blazed a trail of excellence - a legacy to inspire current and future generations of professionals.

SGV hosted an executive briefing for its Alumni Partners last 25 September. The briefing focused on the challenges that businesses continue to face during the pandemic. Chairman and Country Managing Partner Wilson Tan delivered the opening remarks and emphasized that organizations should reshape their businesses to prepare for a world beyond the pandemic.   Speakers and participants at the Executive Briefing  SGV Strategy and Transactions Consultant Alex Dacanay began the session with an overview of the Philippine economy. He discussed the pandemic’s impact on businesses and consumer spending. He also provided an overview of the government’s programs and issuances aimed at strengthening health services and supporting low-income communities.   SGV Consulting Leader Rossana A. Fajardo (RAF) discussed the pandemic’s future impact across four domains: the global order, societies and economies, firms and markets, and households and individuals. She explained how the pandemic will affect globalization, urban landscapes, talent management, and individual lifestyles. She also emphasized the value of digital transformation to drive innovation and growth within an organization. RAF also presented principles that business leaders can follow to guide their organization through and beyond the pandemic.

SGV hosted the second Management Services (MS) Alumni Reunion last 26 November 2019 at the Washington SyCip Development Center (WSDC), with over 100 former SGVeans in attendance.  The MS Division, which was formed in 1957, was SGV’s answer to the growing market for management consultancy services. It was the first of its kind in the country, and played a significant role in the growth of the Firm. Over the years, the division helped to optimize the productivity, operations and systems of many companies. It eventually became known locally and internationally as SGV Consulting.   Former Prime Minister Cesar E. A. Virata sharing his experiences at SGV The homecoming started off with quick tours of parts of SGV Building 1, such as the former MS office area at the 6th floor, the executive offices at the 14th floor, and the e-Café area at the 15th floor, formerly called the Pamaypay Room. A thanksgiving mass officially commenced the reunion. SGV Chairman and Managing Partner J. Carlitos G. Cruz (JGC) then welcomed the attendees, sharing with them the Firm’s achievements, legacy and development over the years.    Some of the SGV MS Division alumni present

GV hosted its annual Alumni Homecoming last 9 September at the Rizal Ballroom of the Makati Shangri-La Hotel. With the message “Wherever your working world takes you, your SGV family is always delighted to take you home,” the Firm welcomed about 1,400 former SGVeans.  Alumni enjoyed game booths like Is your vision 2020?, Reaching the gold standard, Strengthen the foundation, SGV through the years, and SGVeans, game ka na ba? The event also featured a 360-degree photo booth, allowing guests to enjoy a unique video souvenir. A pop-up store offered SGV merchandise, with proceeds donated to the SGV Foundation.

Nearly 2,000 alumni attended the SGV homecoming last 9 August at the Rizal Ballroom of the Makati Shangri-La Hotel. The jam packed ballroom saw a constant stream of former SGVeans participating in the different activities and reuniting with their colleagues. This year’s theme was “One Firm. One Family. One Legacy.” encapsulated in the hashtag: #SGVLegacy2018.   Game booths like the Ring Toss, Livewire, Roulette Wheel and Mini Golf attracted alumni who enjoyed playing the games as well as receiving SGV branded items as prizes. Caricaturists were on hand to draw portraits. A pop-up store offered SGV branded merchandise, with proceeds going to the SGV Foundation.   Alumni happily reconnected with friends and coworkers until close to midnight and everyone is now looking forward to the next alumni homecoming in 2019

SGV celebrated on 13 September its alumni homecoming for 2017 at the Rizal Ballroom in Makati Shangri-La with the theme #SGVFriendsFamilyHome. SGVeans gathered for a night of good food and great company. More than 1,000 alumni attended the event including SGV Founder Wash SyCip.